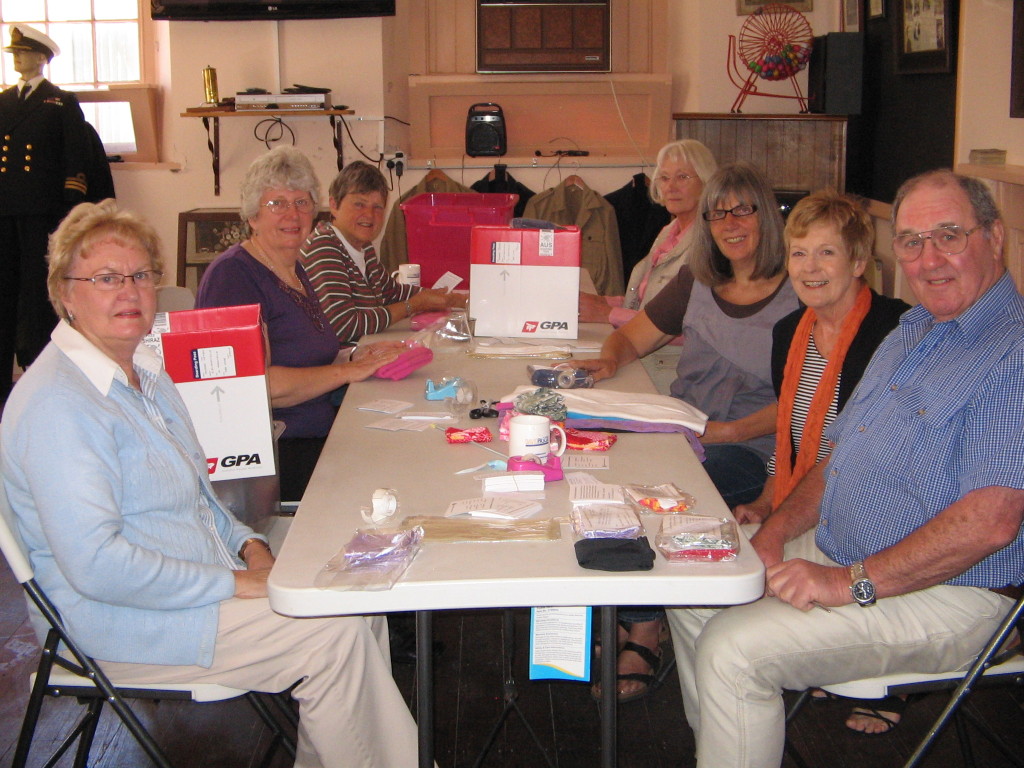 In September 2011 I was diagnosed with Non Hodgkins Lymphoma. I had been tired and unwell for almost 2 years. Tests were unsuccessful in finding the problem. One restless night,
I awoke with my hand on a large lump under my arm…that was the beginning of my journey through one of the most difficult times of my life. An operation followed to remove the lump and soon…Chemo Therapy. I was now quite unwell. During Chemo Therapy I started to loose my hair (my pride and joy). Not finding any suitable headwear I decided
to make my own. It was cotton stretch material because it was soft and comfortable. It had only two seams as my head was so sensitive. The next time I went for Chemo treatment I wore my cap. I also wore a very pretty scarf wound around the cap and tied at the nape of my neck…I felt great. I was surprised and happy when the women there asked me where I had bought my headwear. I decided I would make them at home
when I was well enough and give them to patients. During my treatment I met a woman also having Chemo and her daughter who had given up her vocation to become her mothers carer. Because the mother was so ill I visited her at home and took some of the Chemo Caps with me. After she tried one on she told me she would now be able to go out and have lunch with her son. I later learnt she had only months to live. Being able to meet the needs of hundreds of patients has been such a privilege.

The Chemo Cap Project has attracted the assistance of the Battunga Lions Club, received media coverage, sponsors and materials donations. The Macclesfield and surrounding communities have been so generous becoming involved in the sewing and packaging. The Chemo Cap Project now services The Royal Adelaide, Flinders and The Womens and Childrens Hospitals. It is my goal to encourage and support others to form groups to make and distribute the caps wherever there is a need.